A winter migratory bird visitor stopped by Lower Dover Belize Jungle Lodge in February. This is a male Hooded Warbler.

According to Birds of Belize, by H. Lee Jones, the Hooded Warbler is only around the Cayo District during the winter months, but has been seen from late July through April. They migrate all the way to the southern Great Lakes and southern New England in order to nest for the summer. Thanks for eating all the bugs while getting fat vacationing in Belize bird friend. Mi casa es su casa. 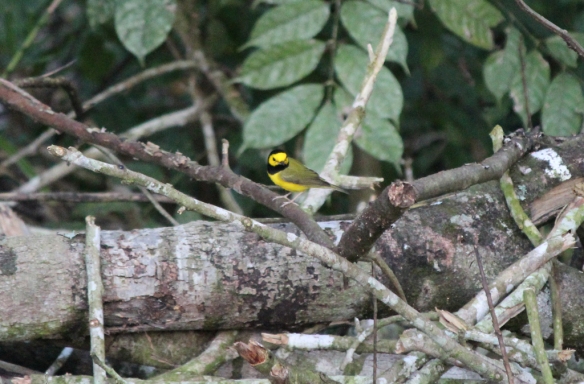 We know this is a male Hooded Warbler because Jones tells us of it’s distinct yellow mask framed with a black hood which is clearly seen in these bird photographs.

Bird Watching is best in Belize from November until March

Birders in Belize will find Lower Dover Jungle Lodge especially rich in migratory birds from November through March.  These bird photos were taken in the middle of February. 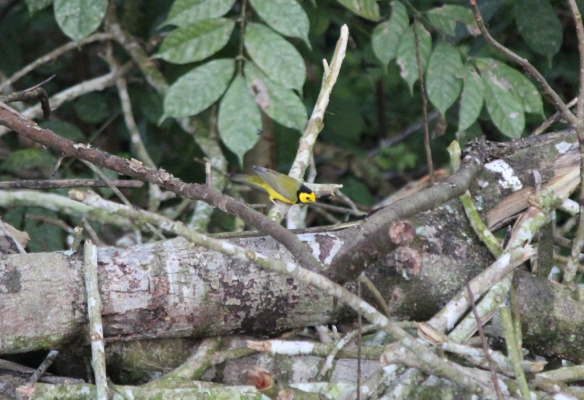